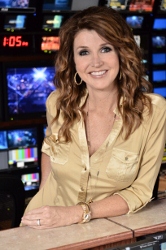 “I know we’re working on it – we’ve been looking for buildings, dates, times, all of that, so, it’s not a pipe dream, it’s going to happen, and if I have anything to do with it it’ll happen much sooner than later.”

“There are talks of taking the Ring Ka King type show to different parts of the world but at this time not as it relates to Australia and New Zealand. My priority is to take me down there, not some other show. So once we accomplish that then we can talk about other programming [but if something beats me to the] punch within our own company besides Impact down there I’m not going to be a happy camper.”

Impact Wrestling will be airing live in the United States for the next 12 weeks. Speaking on a conference call to promote the change on Thursday morning, Carter promised a different result to TNA’s last shift to live programming in 2010.

“We’ve had maybe two or three live Impact shows in the past but this is a completely different feeling tomorrow. The fact that we’re going live all summer … everybody’s really excited. It’s better than just a one night kind of event. We’ve got things planned all summer long. We’re going to be trying some new things on the show as well that I’m very excited about, and being able to do them live will make them, in my opinion, that much more impactful.”

Carter hopes live television will stop fans from forming opinions about Impact Wrestling before having seen the show, as well better capture the atmosphere from inside the Impact Zone in Orlando.

“I’m hoping that by going live it will just get rowdier, it’ll be more of a party, and we’ll be able to capture it,” she says.

Impact Wrestling will keep its Saturday timeslot in New Zealand, airing just over one day after its United States broadcast. Even via tape delay, New Zealanders should be able to feel the difference, Carter says.

“The main effect I think you’ll see is just a show with more energy, and impact – pun intended – on the quality of the show, hopefully. Even with all the things that can happen live I’d just much rather have that happen and just have that additional energy, so I think that’s the main impact that going live will have for us internationally.”

Carter will appear on tonight’s episode of Impact Wrestling to introduce Brooke Hogan, the new head of TNA’s Knockouts Division.

“As it relates to my roll [tonight] I’m very excited because, one, I’m going to introduce Brooke [Hogan] on the show, but I am also going to be making a big announcement that, in my opinion, is historic for us. I’m very, very personally excited about it – and maybe even another announcement tomorrow night, so something that you’ll have to tune in to listen to.”

Carter expects Brooke Hogan to bring some much needed exposure to the Knockouts Division, shedding more light on the likes of Brooke Tessmacher, Gail Kim and Velvet Sky.

“[Brooke] is not going to wrestle, she is going to continue to pursue her music, but I think the biggest thing she will do for us is shine a spotlight on the knockouts that they very much deserve,” Carter says.

“We could have brought in a celebrity to accomplish this that had no wrestling tie, we could have brought in a wrestler to do this that had no ability to expose the girls, so I think she’s going to be a pleasant surprise for people … I mean, there’s a reason that she is a celebrity in her own right. I think that she’s incredibly talented and she’s going to do a really good job, and I hope people give her the opportunity.”

Much in the same way Brooke Hogan could not avoid the wrestling industry, Carter feels she was destined to become involved with TNA.

“There is a plan for us in our lives, and I was meant to do this. I was meant for Jeff Jarrett to walk into my life a little more than 10 years ago and to take a meeting with him that I didn’t even know if I should take. And I was blown away by that first meeting, by the passion of these people and by the excitement around it and of it, and became more and more involved from the very beginning. And I just feel lucky to be part of it.”

Looking back on the past 10 years of Total Nonstop Action, Carter says she recalls the tough times as fondly as TNA’s biggest successes.

“I remember there was a time when we knew we had to get off pay-per-view, the weekly format, and we knew we needed a television option, and things were so bleak, and that just builds character if you look at it the right way.”

TNA has undergone many changes over the past 10 years, most recently the Gut Check concept – hyper real television for the reality television era.

“That was real live, taped television, it happened like that,” Carter says of the Alex Silva Gut Check segments.

Silva was not originally offered a contract after his Gut Check tryout but persuaded judges Al Snow, Bruce Prichard, and Ric Flair to change their minds and offer him a deal.

“He went out there and I had my ‘I’m sorry kid’ speech prepared and he came back and I was like, ‘Well, I’ve got to come up with something else to say to you’.”

Going forward, TNA will continue to break convention with some of its backstage segments, including another development for Gut Check this week.

“We’re making a change on the Gut Check panel, and the meeting I had with that talent was taped and elements will be shown. It wasn’t scripted; it was as if I was having a meeting, which I was, asking somebody to participant. I think the more we do things like that the better it will be. And these things go so much longer than what we’re able to show on TV, so the hope is to show these longer meetings – if people have interest they can go online and see more of it.”

Further down the line, Carter thinks about cutting down the number of pay-per-view events TNA holds each year, slashing the current 12 to anything between six and 10.

“I’m not a fan of doing 12 pay-per-views,” she says. “We only have one two-hour television show and that’s a big challenge. We’ve got some contracts that we’re trying to renegotiate right now, so hopefully we’ll see that change in 2013 so when we do have a pay-per-view every one is something that’s unique, it’s special, and we’ll be able to evolve how we do pay-per-views much like how we’re attempting to evolve our television show right now.”

NZPWI had the opportunity to speak to TNA Wrestling's Rockstar Spud earlier this week. Spud wrestled extensively around the United...

There's lots to discuss in this week's Gimme Five but this time we're doing it with a twist: True or...