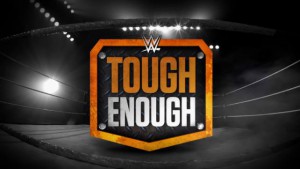 WWE fans around the world, including New Zealand, will be able to watch the new season of Tough Enough live on YouTube.

Chris Jericho heads a star-studded Tough Enough line-up as host of the reality series, now in its sixth season, with Daniel Bryan, Hulk Hogan, and Paige serving a judges.

“I grew up watching WWE Tough Enough, so it’s so exciting to actually be a part of it,” Paige told WWE.com. “It’s a massive opportunity. How awesome is it that Daniel Bryan and Hulk Hogan are there, and that I get to work with Lita, who’s a trainer? I’m so excited!”

Tough Enough will see seven men and six women compete to become the next WWE Superstar or Diva. Eliminations will take place each week, as explained in a WWE press release:

Every week, the three judges will each nominate one competitor they believe should be cut, and it will be up to the WWE Universe to vote and determine who they feel is “Tough Enough,” to remain in the competition. The competitor with the least number of votes will be eliminated. Throughout the season, each judge will have the ability to save one competitor from being sent home. Ultimately, one man and one woman will be considered “Tough Enough,” with each earning a one-year, $250,000 WWE contract.

This season of Tough Enough promises a highly interactive viewer experience, with the Tough Enough app for Android and iOS devices used to calculate votes in real-time during the final minutes of each episode.

Keith Lee will challenge Drew McIntyre for the WWE Championship next week on an already stacked Legends Night. Lee became...