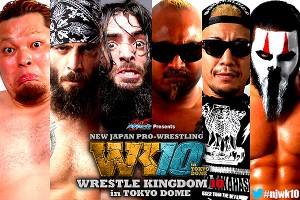 Toa Henare has led a team of Young Lions to victory in the first New Japan Pro-Wrestling (NJPW) match of...

Jay White remains IWGP Intercontinental Champion but his role at Wrestle Kingdom 14 is up-in-the-air. The 27-year-old retained his title...