Former WWE World Heavyweight Champion Sheamus is coming back to New Zealand this August, and he’s got a message for Kiwi fans.

“This is the Celtic Warrior, Sheamus, and I’m here to let you know I’m coming back to your side of the world, just to tell you how much better the Irish are than all of you. And while I’m there, I’m going to Brogue Kick every single WWE Superstar. Why? Because when you’re this good, you can do anything you want.”

The Celtic Warrior last wrestled in New Zealand in July 2009, taking on Jamie Noble in one of Sheamus’ first matches in WWE. Sheamus is also a noted fan of New Zealand rugby league team the Vodafone Warriors.

Sheamus will be part of the line-up for WWE Live at Vector Arena on Wednesday, August 10, alongside Roman Reigns, Ryback, Kevin Owens, and The New Day. Tickets are available from Ticketmaster. 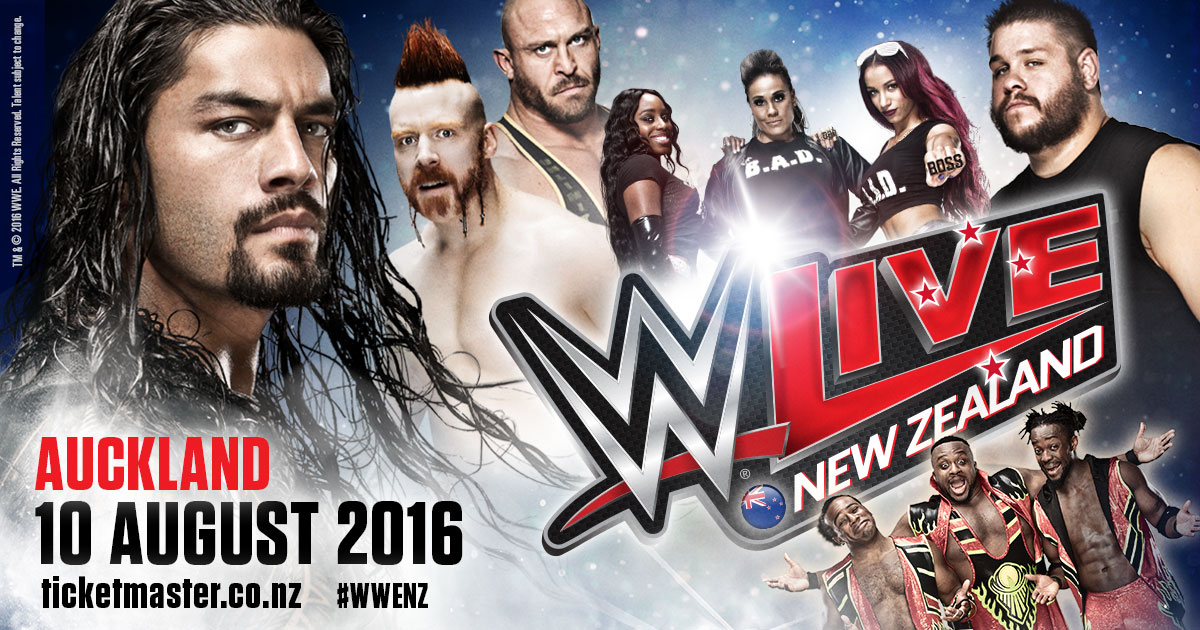