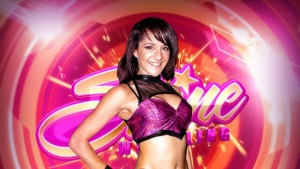 Evie has the opportunity of a lifetime ahead of her today.

The New Zealander is back in action with Shine Wrestling in Florida, and the tag team titles are within her grasp.

Shine 35 is a homecoming of sorts for Evie, who has wrestled standout matches against Mia Yim and Santana Garrett, among others, for Shine in the past.

She hopes to mark her return to the promotion, and the United States wrestling scene, by making her carry-on luggage a little heavier when she returns home courtesy of a tag team championship belt.

The card for Shine 35 is heavy on international competitors, with Australians Kellie Skater, Kellyanne, and Madison Eagles also in action.

Eagles will be part of an historic main event, defending her Shimmer Championship in a triple threat against Shine Champion Taylor Made and TNA Knockouts Champion Allysin Kaye. The winner of the match will claim the loser’s title, guaranteeing a (at least temporary) title unification live on iPPV.

Shine 35 is available on iPPV from WWN Live and the Fite TV app.