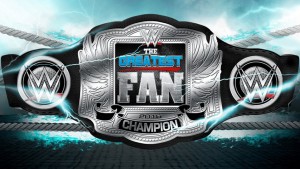 Are you WWE’s Greatest Fan?

Prove it and be in to win a “money can’t buy” experience at WWE Live in Auckland.

Madman Entertainment and WWE have launched a competition in search of WWE’s Greatest Kiwi Fan for 2016.

One lucky winner will receive two ringside seats to WWE Live at Vector Arena on Wednesday, August 10, as well as a meet and greet opportunity, pre-show VIP party entry, a “walk on” experience with a WWE Superstar, and a limited edition “Greatest Fan” title belt.

Buy any WWE product valued over $15 from a list available on the competition website, and upload a 15-second video explaining why you’re WWE’s Greatest Fan to be in to win.

The competition is open for all qualifying purchases made between June 15 and July 31, 2016. Entries close Sunday, July 31 and the competition will be drawn on Tuesday, August 2.