Sasha Banks is no stranger to firsts. The Legit Boss has etched her name in the history books in the first women’s Hell in a Cell, Royal Rumble, and Elimination Chamber matches (among others) over the course of her six years in WWE.

When Banks, 26, arrives at WWE Royal Rumble in Phoenix, Arizona, it’ll be for another first – the first time she’s stood across the ring from Raw Women’s Champion Ronda Rousey.

“I think that’s going to be the hardest part for me, that this is going to be our first time ever touching,” Banks told NZPWI.

Banks continued: “I don’t know how our styles are going to match, it’s just more me learning, and almost adapting to her style, but taking everything I know and working it to the best of my ability.

“For me, it’s going to be a lot of watching her tapes, watching what she can do and seeing her movements because this is going to be the first time of us touching.

“I think that’s what I’m most excited for. I love the challenge of that, and my goal is to have the greatest matches I can with every opponent that I’m in there with.” 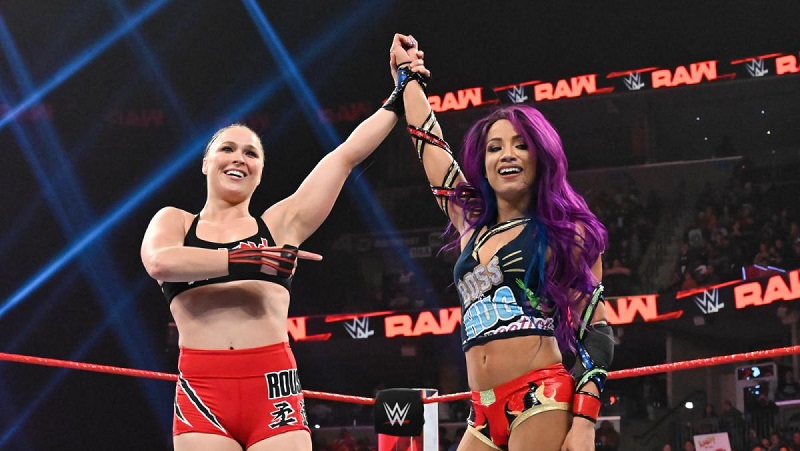 Banks has been having great matches since her time in WWE NXT. The Legit Boss’ rivalry with her Boss & Hug Connection BFF Bayley over the NXT Women’s Championship led to some classic bouts. The pair’s clash at NXT TakeOver: Brooklyn was named Match of the Year in the NXT Year-End Awards for 2015.

Once moving to Raw, Banks again made history, this time with Charlotte Flair. Banks and Flair wrestled the first women’s main event of a WWE pay-per-view, Hell in a Cell 2016, while becoming the first two women to wrestle in the titular match.

Banks was part of the first ever women’s Royal Rumble match, and Elimination Chamber match, as well as featured on WWE’s first all-women’s pay-per-view, Evolution.

Yet for all the history already made, there’s still one thing left for WWE’s female Superstars in 2019, Banks said: a WrestleMania main event.

“There’s been so many accomplishments from the women’s division and it’s kind of crazy to see how much more can we achieve,” Banks told NZPWI.

“We’re pretty much there. Like, we want to be equal to the men, and I feel like we’re doing it every single week. Not saying it’s not special that we’re main eventing Raw or SmackDown any more but it’s becoming such a normal thing and I think that’s such a beautiful thing that we’re accomplishing.

“I just want everything to become normal – no more first-time-evers – because I feel like we’ve knocked everything out of the park. We’ve done all these first-time-evers. Just one more last thing is main eventing a WrestleMania and I think that’s definitely going to happen sooner than later.”

The Elimination Chamber Match returns to decide the fate of 12 WWE Superstars on the Road to WrestleMania. Five former...