Sheamus praises Cesaro ahead of Rumble clash with McMahon, Miz

At WWE TLC 2009, Sheamus teetered on the top rope alongside WWE Champion John Cena. The Celtic Warrior pushed Cena backwards as he himself fell to the floor. Cena smashed through a table – handing Sheamus the WWE Championship.

The win would be Sheamus’ first of 11 different title reigns over the last decade, making him one of WWE’s most accomplished Superstars.

The secret to his success, Sheamus said during a media conference call, is constant hunger.

“Yeah, I have a thing in the office – a title shelf with all my titles on it – but honestly, I really just don’t think of the past. I think about what I can achieve going forward and what’s the next thing. And that’s the secret, the secret is always looking ahead, never looking back.”

It’s that drive that’s taken Sheamus – who turns 41 the day after WWE Royal Rumble – to be in the best shape of his life, he said. And, as one half of the SmackDown Tag Team Champions with Cesaro, he might also be doing his best work.

“I’m lucky to have him as a tag team partner,” Sheamus said.

“I was always aware how good he is but when you’re in the ring tagging with him you get a different perspective and you really do realise how awesome Cesaro is.

“Going into Mania, we want tag teams to step up. We want to keep the tag team division going. We wanna keep it hot because no one can have matches like we can … the goal is to have somebody step up and get in the ring with us and tear the house down at WrestleMania.” 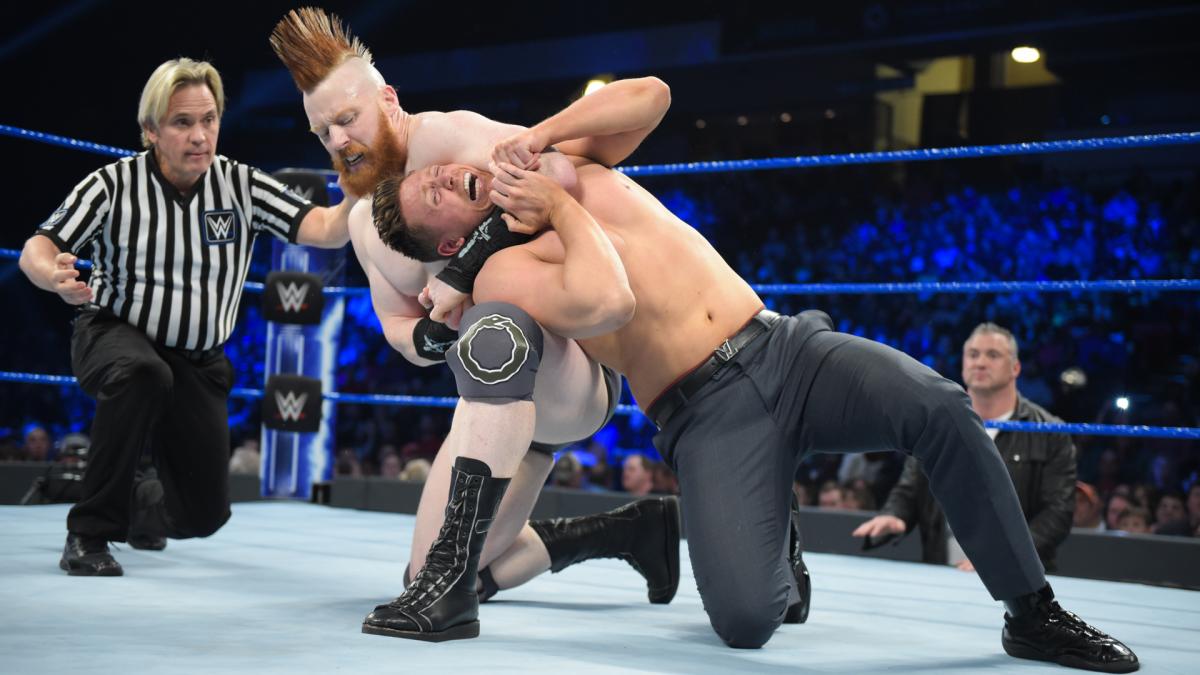 An unusual pair is stepping up at Royal Rumble. The Bar will defend their titles against The Miz and Shane McMahon.

McMahon filled in for Miz at Crown Jewel in Riyadh, Saudi Arabia, winning the WWE World Cup last November. Since then, McMahon and Miz have formed an uneasy alliance, and now look to solidify their partnership in the history books.

“I’ve never been in the ring with Shane McMahon before,” Sheamus said.

“Before I became a WWE Superstar I saw him in the ring putting his body on the line, taking mental risks for doing something he loves, y’know, and he’s been involved in this business in the biggest time which was the Attitude Era.

“I’m excited to get in the ring with Shane-O. I’m excited to see what he’s got. It’s a new challenge for us and it’s a new fresh match for people who haven’t seen it.

“There’s something intriguing with the Miz and Shane, their dynamic, but at the end of the day when they get in the ring with us it’s either step up or step out because we won’t be pullin’ any punches, mate, we’ll be puttin’ some extra spin on them.”

The Elimination Chamber Match returns to decide the fate of 12 WWE Superstars on the Road to WrestleMania. Five former...