by David Dunn
in Tours
0

WWE Hall of Famer Mick Foley will visit New Zealand for the first time this August with his Nice Day tour.

Foley is scheduled to bring his one-man show to Auckland, Lower Hutt, and Christchurch.

Nice Day promises Foley will recount “some of his greatest stories from his hit autobiography Have a Nice Day and share his memories of some of the most infamous moments in pro wrestling history”.

Foley will perform six dates in Australia before touching down in New Zealand for his Lower Hutt event on August 24.

The Nice Day tour will be Foley’s first in-person event in New Zealand. He has previously appeared via a video package during UCW Sole Survivor 2017.

Tickets for Auckland, Lower Hutt, and Christchurch – both general admission and “Hall of Fame VIP Meet & Greet” – are on sale now via HECKL. 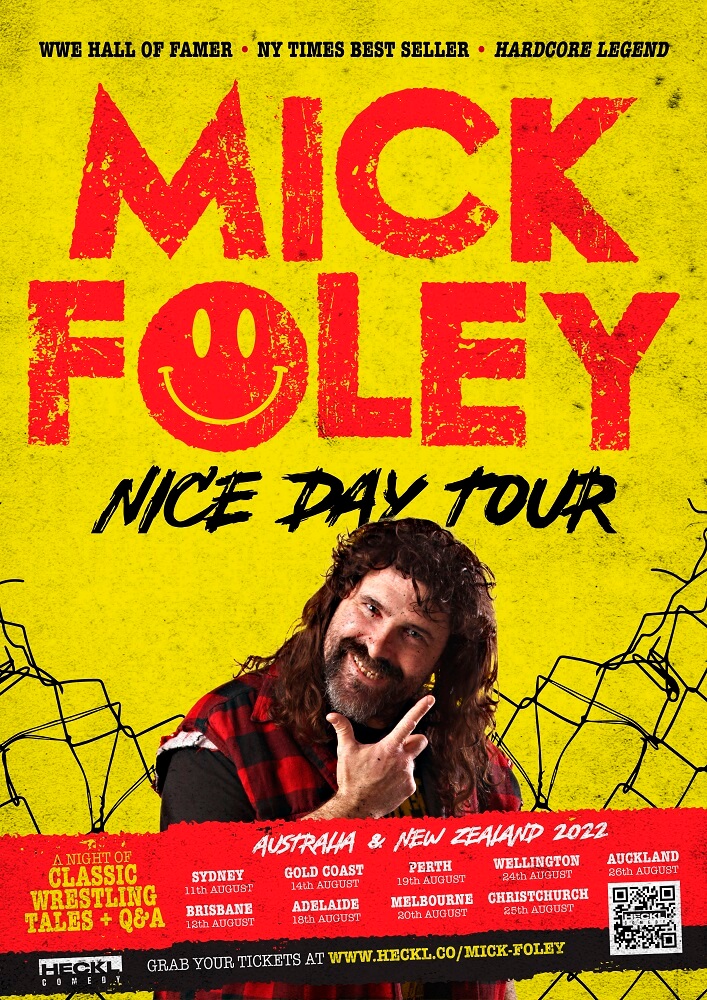 "Hacksaw" Jim Duggan is the focal-point for wrestling fans at the Armageddon Expo this weekend. Who on the Gimme Five...