WWE Network will be available in New Zealand 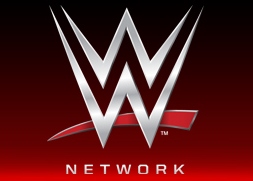 The network is the first of its kind, a 24/7 streaming service with scheduled programmes and exclusive live content, as well as an on-demand video library.

WWE Network will launch in the United States on February 24, and will be available in New Zealand “by the end of 2014/early 2015”.

The network will broadcast all 12 live WWE pay-per-view events, including WrestleMania, as part of its line-up at no additional cost to subscribers.

“If you’re a wrestling historian, or someone discovering us for the first time, the WWE Network is the destination for all WWE fans,” WWE Chief Brand Officer Stephanie McMahon said.

WWE Network’s programming will include everything from in-ring shows like NXT and Superstars to WWE Legends House, a new reality series featuring the likes of “Rowdy” Roddy Piper and “Hacksaw” Jim Duggan living under one roof.

The network will cost $9.99 USD per month for subscribers in the United States. No information on the cost for New Zealand subscribers is currently available.