Becky Lynch battles Charlotte and Sasha Banks for the Divas Championship next month at WrestleMania 32. If it’s anything like Lynch imagines, win or lose, she’s in for the night of her life.

“I keep envisioning it and if it’s anything that I feel when I think about it then it’s going to be an unbelievable experience,” she said. “I don’t know if it’s something that’s going to hit me until a little while after. 90,000-people-plus is an incredible number. I’ve never been in front of that many people at all.

“When I was at WrestleMania last year and I got to stand out in the crowd and look around, that energy, there’s not a feeling like it. And that was just being in the crowd. I can’t imagine what it’s going to be like to perform in front of that amount of people with that good energy. To say I’m excited is an understatement.”

Yet for all the excitement surrounding her Divas Championship match, Lynch almost walked away from her Road to WrestleMania before it had even begun.

Lynch began her pro-wrestling career in England, and soon branched out to Canada (where she wrestled alongside the likes of Kevin Owens and Sami Zayn) and Japan, all before her 20th birthday.

But with a less-than-stable wrestling scene in her native Ireland, the Lass Kicker decided to put pro-wrestling to one side and attempt to settle down.

“I was 19 when I… retired, I guess, which is very young,” she said. “I hadn’t even gotten started and I was wondering what I was going to do with the rest of my life because I’ve never had a passion as strong as I had for wrestling – I’ve never loved anything as much in my life.”

Lynch attempted to live a “regular life” with dreams of a mortgage and a picket fence, but the longer she stayed away from the ring, the more she realised where she was supposed to be.

“I broke up everything in sports entertainment to a tiny little piece,” she said. “Travelling, so I became a flight attendant. The performance, so I became a stunt woman. I was an actor, I did my degree in that. Martial arts, so I took up kickboxing and Muay Thai and capoeira, anything that I thought would relate to [pro-wrestling]. I was just breaking it up into tiny sections. Nothing felt the same way.” 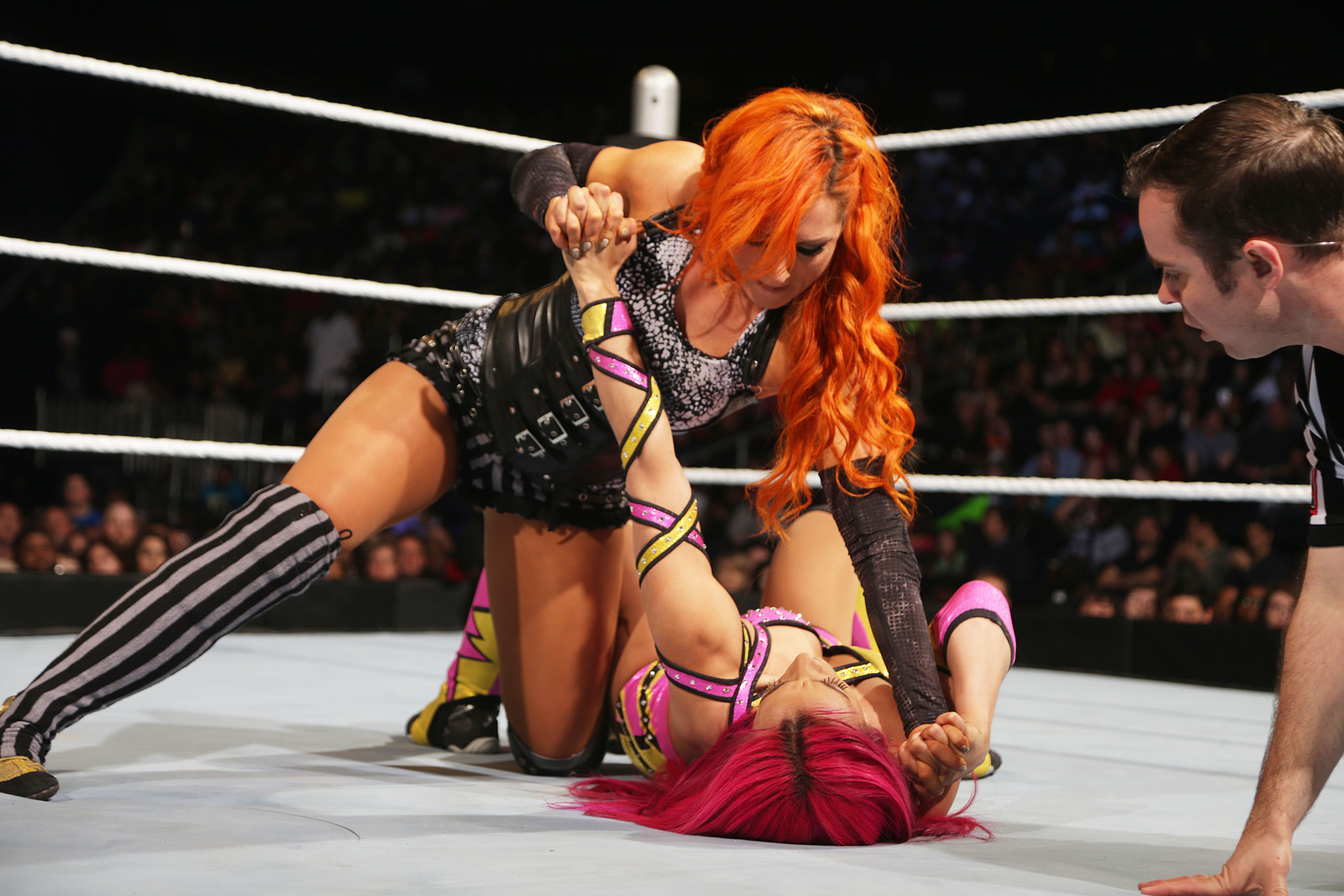 After a seven-year absence, Lynch finally returned to the ring and was soon hooked up with an NXT tryout thanks to Robbie Brookside.

Now, as part of the main roster, Lynch has set an example for the likes of Bayley, Carmella, and Australia’s Peyton Royce on what it means to be a WWE Diva – spearheading the Divas Revolution that has infiltrated WWE programming over the last 12 months.

“There has been some incredible women over the past 10-15 years but I think now we’re being highlighted more and we’re in a position to get more time to showcase what we can do,” Lynch said.

“I think there’s a clear, common vision of what we want for the division and how we want to be portrayed and it’s all about our strength and …. showing that heart and showing that determination to make a difference.”

With a renewed focus on WWE’s Divas, a WrestleMania showdown has been weighing heavy on Lynch’s mind. While wrestling at Royal Rumble was a personal highlight, it’s full steam ahead to Dallas.

“It’s been my sole focus since getting on the main roster, to make sure I was in a match at WrestleMania,” Lynch revealed.

Yet, due to the ever-changing nature of WWE, the Lass Kicker wasn’t 100 per cent sure she’d make it to the Grandest Stage of Them All until she saw a graphic advertising her triple threat with Charlotte and Sasha Banks on SmackDown.

She immediately called her brother, who she credits with starting her pro-wrestling journey as a teenager in Ireland all those years ago.

Now, with the eyes of 100,000-plus in AT&T Stadium on her—and millions more around the world on Sky Arena and WWE Network—Lynch is seeking a WrestleMania moment on April 4.

“As much as I would love a championship, my biggest goal here is to be remembered and to resonate with the audience and make them feel something,” Lynch said.

“Championships are great and everything like that but if I can get a reaction from the crowd that’s going to stick with them and make them feel something and remember something … that’s what’s important to me.”