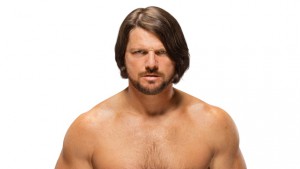 Auckland WWE fans have a phenomenal meet and greet opportunity this month.

“The Phenomenal” AJ Styles will be at Westfield St Luke’s on Wednesday, August 10.

The Meet & Greet commences at 3.30pm. It will be limited to the first 200 people to collect a wristband from the Westfield Customer Service Desk on the day of the event.

Westfield St Luke’s opens from 9am.

Styles will be in action later that night, wrestling John Cena at Vector Arena.

Styles’ appearance at Westfield St Luke’s will be his second in New Zealand.

Styles visited New Zealand in 2012 on behalf of TNA Wrestling. He attended a training session with Impact Pro Wrestling (IPW) and made a public appearance at Auckland’s Viaduct Harbour.

#Auckland – This is your chance to Meet & Greet WWE Superstar @AJStylesOrg! #WWEAustralia pic.twitter.com/RAFpcD1lqh

Tables, Ladders, and Chairs take centre-stage at the final WWE pay-per-view of the year when Drew McIntyre defends the WWE...

Drew McIntyre’s celebration after winning the WWE Championship at WrestleMania 36 was unlike any other. After pinning Brock Lesnar to...