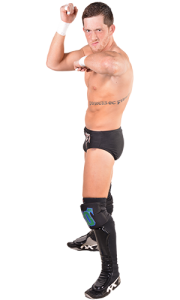 The ROH Television Championship will be defended in New Zealand this Saturday after Kyle O’Reilly has been pulled from the Sakura Events card.

An “unexpected medical issue” has prevented O’Reilly from travelling, at the advice of his doctors. As such, O’Reilly remains in the United States and will no longer be part of Sakura Events On the Mat.

“I’ve been looking forward to this event for quite some time now and it pains me to miss out on this chance,” O’Reilly said in a statement.

“I’ve always wanted to visit New Zealand, but unfortunately fate stepped in. I have to put my health and well-being first. Hopefully one day, I will get another opportunity to visit your beautiful country.”

O’Reilly had been scheduled to take part in a tag team match alongside reDRagon partner Bobby Fish, against David Finlay and Kushida.

In an historic first, Fish will now defend the ROH Television Championship against David Finlay and Kushida in a triple threat.

“Kyle will recover and reDRagon will prove their world dominance once again,” Fish said in a statement.

Sakura Events On the Mat FAQ

The stars of New Japan Pro Wrestling (NJPW) descend on New Zealand for Sakura Events On the Mat this Saturday,...

Kazuchika Okada and Kenny Omega bring their rivalry to New Zealand en route to an historic showdown at NJPW Wrestle...