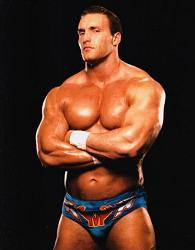 NZPWI had the privilege of sitting down with former WWE star “The Masterpiece” Chris Masters over coffee, croissants and CNN early Tuesday morning.

Masters made a name for himself in WWE with the Masterlock Challenge, which proved nearly unbreakable and left a who’s who of Superstars in its path.

Since departing WWE, Chris has wrestled in Australia, Europe, Japan and will be stepping into the ring this Thursday at NZWPW Power Play 6.

Masters spoke to NZPWI’s David Dunn about his time in WWE (and the possibility of returning), his favourite matches, pre-match rituals and much more.

David Dunn: I’m here with “The Masterpiece” Chris Masters. Chris, thank-you very much for taking the time out of your day to do this interview with me.

Chris Masters: It’s a pleasure being here in New Zealand. Nice to meet you.

Nice to meet you too! [laughs] Is this your first time out to this part of the world?

Ah, yeah. I’ve been to Australia before but never New Zealand, ever.

When did you come to Australia last? Besides this weekend, of course.

It was about a year and a half ago. Perth, Australia. 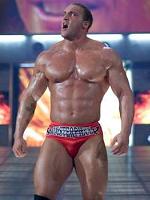 Oh yeah, was that with WWE?

Yes it was a tour that consisted of… we went to Bankok, Thailand, Singapore and then the last night was in Perth, Australia. Worked “The Nature Boy”…

How’s your schedule this time compared to being on a WWE tour?

Ah… it’s been a lot more ‘lax as far as; with WWE it’s every day, y’know? Every day, next town, next city, next country sometimes. With this specific tour – I was in Europe before this actually, I’ve been on tour all month, but it’s been great – I’ve had a lot more time to be able to see about three extra days in Perth outside of the show day, I’ve had like two extra days in Adelaide outside the show day, in Sydney I had one extra day. That just doesn’t happen with the WWE schedule. So it’s been cool, I’ve been able to get out in every place, see the nightlife, do some touristy stuff, go to the gym, everything! So it’s been… it’s a good schedule. Even today I’ll have some free time, so…

Get my workout in.

You started wrestling at such a young age, when did you decide that you wanted to be a pro wrestler?

When I turned 16 I wanted to… I decided, because it was basically the only thing I liked, or only thing I loved for that matter, y’know what I mean? I’d just read wrestling magazines through first and second period and eventually I just kinda figured maybe this is what I should do.

Fair enough, fair enough. In your career in WWE you’ve been involved in some historic matches. You had the Elimination Chamber at New Year’s Revolution, you’ve been in a Royal Rumble, wrestled at WrestleMania; what’s been your favourite match that you’ve had in your career?

Definitely the one with, ah… the one at WrestleMania was cool, but getting to work with Shawn Michaels was really cool, like that being my first kind of program or feud. I grew up watching that guy. He was actually… the first guy I ever watched when I was a kid as far as getting into pro wrestling was The Ultimate Warrior, unfortunately. But after he had come and gone, come and gone and then finally eventually left, I started appreciating Shawn Michaels’ work as a heel and followed him throughout… basically all the way up into my teens until I eventually got into the business myself. So, it was very fulfilling working him, Ric, all these guys before they retired. Y’know what I mean?

‘Cause some people will never get to say they got to work the person that they grew up emulating or grew up putting on that pedestal.

Alright, so talking to Chris Masters the fan for a moment, what’s your favourite match that you’ve seen?

Oh, I’m a big fan of that match I just saw… I didn’t watch the WrestleMania this past year. I haven’t watched wrestling pretty much since almost I left really, but I did stop to watch the Shawn/’Taker match with one of my friends and it was amazing, I just gotta say. I cant really get past that one right now. Those guys did a hell of a job.

I’ve read on your website that you appeared in some television commercials as a child, and also in Beauty and the Beast on TV…

With the success that Dwayne Johnson and John Cena have had in the acting world, have you considered moving back into acting?

Yeah, but I mean not serious. I mean, I live in LA and I’m sure the opportunity, if the opportunity was there, if it’s ever there I’m sure it will present itself. But I just… I dunno. I stay focused on one thing at a time and I still don’t think I’m done with wrestling. I mean, I can try to do some acting on the side but I wouldn’t really feel… I wouldn’t get the overall gratification and fulfillment of what I’m doing right now as far as just to continue wrestling individually – go back to WWE for a second time knowing what I know now. So, that’s just something for down the line. I don’t really know. I don’t know.

So, you just mentioned heading back to WWE for a second time…

That’s a goal of yours, definitely?

Well, yeah. You gotta figure, I’m 26 years old. I broke in, I was on Raw when I was… about 20 years old was when I debuted. So, my whole goal was to get in there as young as possible, but at the same time I didn’t have the maturity. There’s a lot of stuff, a lot of responsibility that I wasn’t ready for, but, y’know… hindsight is 20-20 and now six years later I’ve really changed a lot as a person so I think that it’d only benefit me to put that as my immediate goal for the not so distant future.

Have you considered wrestling for TNA at all?

I love to perform, so I won’t rule out anything in terms of TNA, WWE, anywhere. As of right now I’ve really enjoyed – well, again, like I was telling you earlier – booking myself out as an independent contractor. I look at life, this life, in terms of chapters, as far as a book and this is just… I never paid dues, I never worked indies. I went straight through the system, got signed, went to OVW, went to WWE. So this is probably something that’s going to be a useful tool for me down the line in terms of humility, humbling, and also at the same time just giving me some time to see what the rest of the world has to offer in terms of pro wrestling.

Since you left WWE you’ve wrestled for Antonio Inoki’s IGF in Japan, and most recently you’ve been over in Australia with the AWF. How do you find the different international crowds compare; what are the fans like?

In Japan they take it… they sit there and they’re not as rowdy. It’s like, they sit there and they really kind of watch it in terms of… they’ll sit there with their arms folded across their lap watching and then, once they see something that they get into or the guys do something cool then, then they come up, they show appreciation and then they go back to their seated position with their hands folded. It’s kinda interesting watching them, I mean they just look at it really like a sport and they’re not there shouting names. They’re not as vulgar I guess as some of the American and Australian crowds, who see not as much the sporting side, and more the entertainment side – not that there’s anything wrong with either one.

I find them both interesting. I guess I’m a little more used to the vulgar, more vocal American style of wrestling fan, but I dunno. They’re all real interesting. I’ve always loved going to Europe ‘cause… America gets it so much more than everybody else that when you go to places outside of America you kind of see how much they get fired up. They’re a little more starved for it so… even Australia, working the shows I did, those crowds were amazing. They were just so fired up ‘cause they might not have seen wrestling in a year live. So definitely, working outside the US can be really fun.

How do you get yourself in the right zone before a big match? Do you have any backstage rituals or things like that?

At this point, now, I just get warm. I mean, I got some bands and… I never had any injuries ‘til the last – serious injuries – ‘til the last year and a half. And the last year and a half… I dislocated my elbow in my last WWE match, actually. I was gonna be out four months. Coincidentally I ended up just getting released around that time. But and then most recently I tore my pec. on the right side, so, now for me it’s just working up a little sweat, getting warm and getting my joints loose. Also in terms of just going out there just getting you breathing properly – a lot of people don’t pay much attention to you breathing – but if you inhale deep, exhale deep, it’s a calming mechanism.

And finally, what can fans expect to see from you this Thursday at NZWPW Power Play 6?

Oh! I don’t really know necessarily. I think it’s definitely going to be a good show, I think it’s gonna be a lot of fun. I’ve never been to New Zealand so I think… I’m expecting a good energy. I hope it’s good and the people are happy with whatever I can give them this Thursday. I got the injury I gotta tend to, but at the same time, I mean, I’ve worked this whole tour and everything’s been feeling good. I’m starting to get some confidence back as far as feeling like I can go out there and work a little bit.

Well, I’m definitely looking forward to it. That concludes this interview so thank-you very much for your time, Chris Masters.

It was a pleasure talking to you!