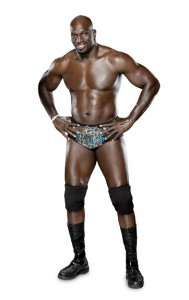 NZPWI had the opportunity to speak to WWE Superstar Titus O’Neil earlier today.

O’Neil and his tag team partner, Darren Young, will challenge The New Day for the WWE Tag Team Championship on the season premiere of Raw on The Box next Wednesday, September 16. The winners of that match will then defend their titles against The Dudley Boyz at Night of Champions on Monday, September 21, on Sky Arena.

A former college and Arena Football League football player, O’Neil signed a contract with WWE in 2009, and is a former WWE Tag Team Champion.

NZPWI’s David Dunn spoke to Titus O’Neil about the resurgence of tag team wrestling in WWE, his relationship with Batista, his time on NXT, and more in this exclusive interview.

David Dunn: Congratulations on your win on Raw this past week, you and Darren Young and John Cena. Do you feel, with the win over The New Day like that, you’ve got momentum on your side heading into next week’s title match on what WWE’s billing as the season premiere of Raw?

The winners of that match face off with The Dudley Boyz at Night of Champions on Monday, September 21, on Sky Arena. With the return of the Dudleys, then there’s the existing tag teams on the roster like yourselves, like The New Day, like Los Matadores etc., it seems like tag team wrestling is in a really good place right now. We’re hearing a lot about the Divas Revolution going down on Raw and WWE in general, but could the case be made there’s a tag team revolution happening at the same time?

In other interviews you’ve said it was Batista who encouraged you to first become a WWE Superstar. How did you know Batista before WWE?

He was my neighbour and friend for years before I got into WWE.

Had you ever thought about becoming a wrestler before Batista put the idea to you?

Not at all. And even when he put the idea to me I told him absolutely no.

Yeah. Literally, I was driving down to South Tampa one day, picking up some dress shoes, and across the street was FCW. Since I was down there I called Dave [Batista] and said, ‘Hey, is this the place you were saying they practice at?’ and he said, ‘Yeah’ and I said, ‘Well I might go and poke my head in there and try to see what it’s about.’ I did, and two weeks later I was signed and learning to be a WWE Superstar.

Two weeks? That’s incredible. How long was it between you signing and when you first appeared on NXT?

Maybe eight months? Eight to 10 months, if that.

That’s pretty quick. What was it like being put out there to essentially sink or swim on an international TV show when you’re still in your rookie year of learning to be a wrestler?

It was a nightmare, really. I was still just learning – I’m still learning now. Whenever you’re doing something new in any facet of life there’s a certain uncertainty and a certain confidence level you have to build up through repetition of doing that new thing and I just didn’t have anywhere near the repetition I needed at that time to be on television, competing at that level on international TV. But that actually ended up being one of the driving forces that got me to where I am today because I was the first one eliminated from NXT but I said when I left that I was going to make it a win and I’ve done so so far.

NXT’s obviously very different nowadays to the NXT that you started with but you’ve been a part of this modern NXT as well. It was roughly a year ago you were wrestling Sami Zayn. You challenged Neville for the NXT title. How does the whole Full Sail environment and the Performance Center down in Florida compare to FCW where you got your start?

It’s a completely different animal in itself. What Triple H and the staff, the coaches and the executives, have done with building the NXT brand and the developmental brand as a whole is nothing short of phenomenal, especially in a short period of time. NXT was a sold-out show in Brooklyn, New York in competition with SummerSlam so you have three straight nights that NXT was on display along with the main roster. I consider all of them main roster now because I think that anybody can be plugged in based on the training and the preparation that those guys have gotten down at NXT in Orlando. Full Sail’s been a wonderful partnership with WWE and we’ve built something very special down in Orlando and you can thank every individual that’s stepped through those doors, whether it’s been for one month or one week, for that success because those guys and girls work extremely hard. As you said, the Divas Revolution is a clear sign that great things are coming from NXT.

Brock Lesnar appeared on SportsCenter maybe a month ago, just before SummerSlam, and he was asked to compare wrestling with football. He said going through an NFL training camp was the hardest thing he’s done to date. What was the transition like for you—I know you played college football, you were playing arena football as well—what did you find harder, the schedule of football or learning to be a wrestler, learning to bump, things like that?

I would say just learning the craft of becoming a WWE Superstar is the hardest thing that I’ve ever had to do because I never did it before. I never wrestled in high school, I never wrestled on the independent scene. I literally came in – it’s no different than someone going from wrestling and trying to go out and try out for an NFL team, you know? Going through training camp and things like that. They would be very discouraged if they had to do so, especially depending on what position they got put at. For me, I’ve said it in past interviews, this is definitely the hardest new thing that I’ve ever had to learn for more reasons than one. It’s not just the in-ring stuff, it’s the things you have to deal with backstage that people don’t see. The driving, being away from your family, all the things that go along with being a WWE Superstar that people don’t see on television. It is a non-stop, year-round schedule so therefore for me there is no off-season like they have in the NFL, the NBA or Major League Baseball. We don’t have vacation days and things like that. We have 52 weeks of programming to put out to 170-plus countries—including New Zealand—and it is a grind, it is a constant grind, and it is not for everybody.

There was an incident on SmackDown, I think it was late in 2013. You’d just eaten a big Thanksgiving dinner, you were wrestling Cesaro, he put you in the Cesaro Swing, and… long story short, you ended up throwing up everywhere. Can you vomit on command or was it genuinely that nauseating to be put in the Cesaro Swing?

Both. It is very nauseating. I don’t like roller-coasters or anything that puts me in motion at a fast pace and being swung by Cesaro is very similar for me to being on a roller-coaster. That, coupled with having a belly full of food, is definitely the recipe for regurgitation and that’s exactly what happened on that Thanksgiving episode of SmackDown.

Did you have to get JBL a new hat after you vomited in that?

No, I’m not paying for a new hat for nobody. It’s part of it. JBL’s got plenty of money, he replaced it pretty fast.

I had the match with Rey Mysterio on an episode of SmackDown. It made it one of my favourite matches because, number one, I’ve always been a big fan of Rey Mysterio. It was a great learning experience for me. Rey was extremely, extremely professional with me. He guided me through, suggested things, let me do things with him that… it was just a really cool experience, a great learning experience from—I feel—one of the greatest performers of all time in WWE history.

We just had Father’s Day in New Zealand this past weekend and earlier this year you were voted the Celebrity Dad of the Year around Father’s Day in the US. Is it difficult for you to be a parent and a positive role-model like that when you’re on the road as much as you are being a WWE Superstar?

Not at all. I talk to my kids every day, I FaceTime with them. I have a very close relationship with both of my children, and when I’m not on the road I’m with them, coaching them or going out to movies or going out to dinner or just doing dad stuff with them. My kids have known from birth that I’m fully committed to being their father and so therefore when I had to make this transition into being a WWE Superstar the foundation was already set because the foundation in my home is love and attention. I try to display both of those things to them and therefore they give it back to me and they give it to people outside. They also see me as a man going out on a daily basis doing exactly what I ask them to do on a daily basis which is to be your absolute best for yourself and be your absolute best for those around you and I will never be disappointed. I try my best to be in positions that won’t embarrass my children – that’s why I don’t go out, that’s why I don’t drink or smoke or anything like that. I feel like the best example that we can do is not tell people what to do but show them what to do so I try and show my kids how to be involved, how to love, how to be respectful and I get that back on a consistent basis from my children. So, no, anybody that wants to make their career an excuse as to why they can’t be a good parent needs to take a look at themselves. You may not be able to be at all the games – I’m not at all the games that I would like to be at, I’m not at all the school functions that I would like to be at, but my kids know that I’m always there. No matter if I’m in New Zealand or Australia or wherever, they can pick up a telephone and reach me and be very open and honest with me about any and everything.

Fantastic, Titus. That’s incredible to hear and that’s all I’ve got for you today so best of luck for the tag team championship match next week on the season premiere of Raw on The Box and then good luck for Night of Champions Monday, September 21, on Sky Arena.