WWE NXT is going from strength to strength, and Murphy is going with it.

The Melbournian will be part of NXT’s ground-breaking tour of the United Kingdom – seven cities in as many days – culminating in NXT TakeOver: London live on WWE Network (December 17, 9am NZDT).

“It’s happened so quickly,” Murphy said of NXT’s global expansion. “When I first got to NXT we used to do live events around Florida and draw, like, 10 people to these live events. The worst one I was at there was literally three people at this show. To go from three people to selling out the Barclays Center in New York [for NXT TakeOver: Brooklyn] – 16,000 people – that’s huge.

The sold-out crowds of New York’s Barclays Center and London’s SSE Arena are a long way from home for the 27-year-old.

Murphy packed his bags and left Melbourne for Tampa, Florida at the beginning of 2013 to chase his dream of becoming a WWE Superstar. He outperformed 85 hopefuls at a four-day tryout and was offered a WWE contract on the spot, he said.

His signing, and that of Emma, seems to have opened the floodgates for a wave of Australasian talent in NXT. Billie Kay and Peyton Royce are now regulars on NXT television, while Evie and Shazza McKenzie have also appeared in recent weeks.

“There’s a whole lot of talent in Australia and we’re just little pieces of what Australia has to offer,” Murphy said. “I think Emma and myself have really opened the door to show that Australians are there and we’re some of the best in the world.” 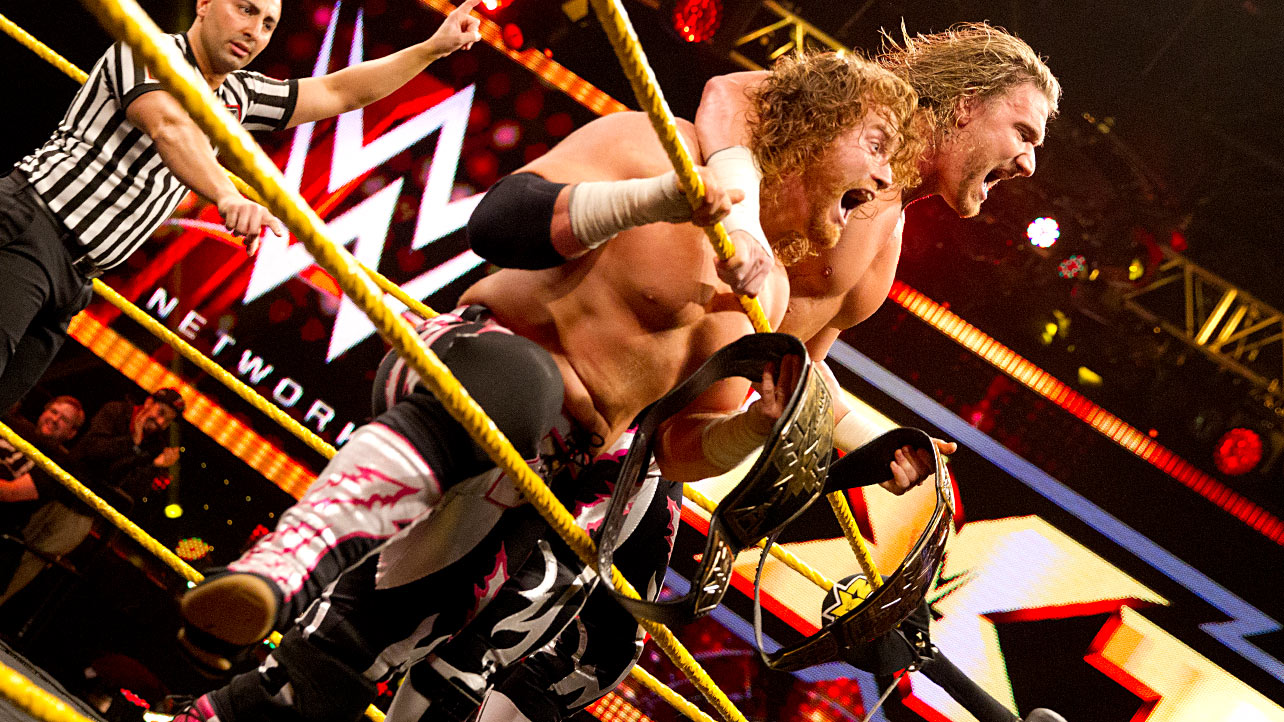 After wrestling a handful of matches on NXT live events, Murphy was coupled with Wesley Blake by “The American Dream” Dusty Rhodes (“it was a Dusty pairing, as we like to call it”) because of their similar look that had fans confusing them at events.

Blake and Murphy claimed a spot in the history books with their NXT tag team title win over the Lucha Dragons in January 2015. The win made Murphy the first Australian to hold a championship in WWE.

“I was absolutely mind-blown that I’d become an NXT tag team champion so quickly in my career but I wasn’t aware of the history until some Australian fans notified me on Twitter and said I was the first-ever Australian [to hold a WWE title],” he said. “I did a little bit of research and it was true. I didn’t know before it but I know now and that’s something no one can take away from me. That’s something I get to tell my kids and my kids can tell their kids.”

NXT’s growing popularity – evident from the brand’s sold-out events in New York and the UK – combined with its ever-expanding Australian roster could prove to be the perfect storm. Murphy predicts NXT will add an Australian tour to its schedule in the not-so-distant future.

“NXT is the hottest thing going around right now. We’re the hottest brand in professional wrestling – we’re probably one of the hottest brands in entertainment in general. Our TV show has something for everyone. I see it happening. NXT going to the UK is a small step but eventually NXT will be conquering the world and I think that’s going to happen sooner rather than later.”